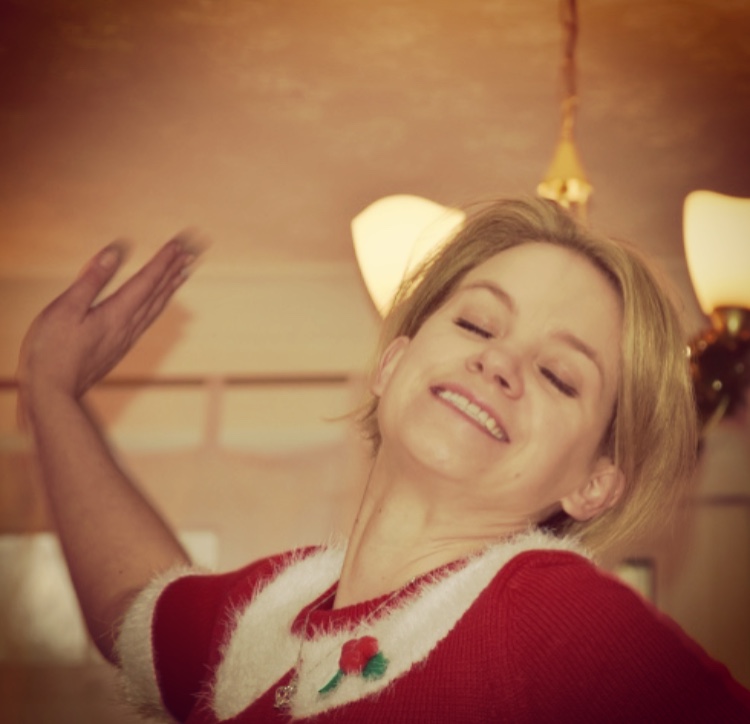 ‘You haven’t listened to a word I’ve said.’

‘That’s a strange way to start a conversation,’ I say.

My wife tuts loudly and leaves the room.

I’ve just done a twelve-hour shift. At the moment, I’m mostly thinking about murdering all of my colleagues, setting fire to the building, and disappearing to Bolivia to become a drugs lord. Failing that, can I afford to drop a few days and go part time?

Some moments later, Nat re-enters the living room with a large glass of wine which she carefully places into my hand as she kneels in front of me and whispers, ‘I’m told that this magic potion enables the drinker to not give a single buggery about the world of work. Quick, drink it.’

It takes a second glass for the magic to really kick in but, when it does, the result is absolute. ‘You’re right,’ I say, ‘I’m cured. I really don’t give a shit.’

‘Good. Now, can I please have your attention, just for a few moments? We need to talk about Christmas.’

‘Today, I learned that the Japanese for hedgehog translates as ‘needle mouse’, I say.

‘Isn’t that great? I like a name that fully describes the object … like the Welsh word for microwave: ‘poppity ping’. Genius.’

‘I suppose the person who named the pullover totally nailed it for you, too?’

‘Exactly. It is what it does. Why would anybody call it a jumper? That’s just dishonest.’

‘… Is this your second or third wine?’ Nat takes the glass gently from my hand and places it at arm’s length behind her. ‘So, Christmas. What?’

‘Can we go somewhere sunny? I’m not a big fan of the UK in December; it’s merely tinsel and muddy puddles. And I’ve seen Love Actually too many times.’

‘We’ll need to see family too,’ she says. What are your thoughts on the best way to do this?

As a child, Christmas just happens around you, while one is perfectly distracted by presents and shiny lights. I’ve attempted to drag this simplicity into adult life but more often than not the grown-up world doesn’t favour straightforwardness. To put this into more scientific terms, I’m told, nature likes to fill a vacuum. Where one might endeavour to remove a problem, therefore, nature will conspire to create new difficulties to take its place.

At this time of year, nature’s usual weapon of choice is heavy use of the ‘F’ word: Family. Or more precisely, family politics.

‘Where did we spend Christmas last year?’ I ask

‘Last year, it was here,’ Nat reminds me. ‘The year before was in Somerset, with my parents.’

‘Then, logically, I guess this year will be at my mum’s, in Wales,’ I say. (I told you I like to keep things simple.)

‘Ah, thing is,’ Nat begins, ‘Rhys says he can’t get time off work, as he’s the newest member of staff. And I don’t want him spending Christmas alone.’ Rhys is Nat’s son; my step-son. ‘Any chance your mum could come to us?’

And this is where grown-up life plots to make what should be a simple family get-together a social maze of dead ends. ‘The problem with that,’ I say, ‘is that she won’t leave the rest of the family. And we don’t have the space to invite them all.’

So, there we have it: political stalemate. By the time the wine is all gone, Nat and I have taken this discussion around in circles more than once, with the apparent consensus being that, to please the majority, we are forced to spite ourselves – unlike Theresa May’s current Brexit plan, which aims to spite everybody, whilst pleasing nobody.

The final decision seems … well … final: Christmas means Christmas. Apparently. Nat is to stay here, to ensure Rhys is not without company, and I am to spend this time in Wales, in order to represent us amongst the Welsh contingent.

This feels neither a strong nor particularly stable decision, but it’s all that we have, unless we can re-negotiate our position and/or take the choice back to the people.

One thing we don’t have to compromise on, however, is our decision to meet up – just the two of us – to see the New Year in, in Europe – thus stretching this current Brexit analogy to breaking point.  ‘I like the sunshine too,’ says Nat.

In the meantime, the best that Nat and I can dream of is a Skype Christmas, complete with festive pullovers (not jumpers!), and the usual barrage of Christmas TV repeats where, no matter how you spin it, Two Ronnies do not make a right.

2 thoughts on “Adrian Sturrock: ‘We’re dreaming of a Skype Christmas.’”