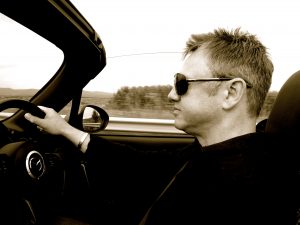 Adrian Sturrock is a writer, occasional musician, teacher, and ethnic minority (except when in Wales), specialising mostly in observation and unconsidered opinion. He currently lives in Buckinghamshire, UK, with wife Natalie: his travel companion, best friend and the person responsible for keeping him out of trouble on social media. They have three children between them. Oh, and he once had a horse fall on him.

Adrian has written articles for a variety of online publications, as well as having his poetry/lyrics displayed alongside those of Benjamin Zephaniah, in Luton Town Hall (though it is very unlikely that Benjamin is aware of this). He has published two books as well as having contributed to the 2019 edition of Travel Stories & Highlights, edited by Robert Fear (currently available on Amazon). His other claims to fame include being smiled at by Madonna, and having once spent an afternoon watching Ace Ventura, Pet Detective in Barry Gibb’s living room, where Bee Gee’s manager, David English, remarked on his shoes.

His first book, The Sat Nav Diaries was well received on both sides of the Atlantic, gaining a string of  5 star reviews, and was nominated for the 2018 Kindle Book Awards. His second publication, RANDOM, a collection of articles and shorts, is also available on Amazon.

"A unique voice, crackling with detail" 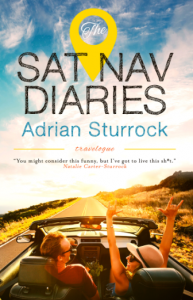 "I had an idea for a road trip; a sports car I shouldn't have bought; and a wife to point out that what looks entirely feasible on a scaled map can actually be quite a long way away."

“This isn't a travelogue; it's much less than that. If you are looking for a font-of-all knowledge encyclopaedic guru to help you plan your next European adventure, you'll hate this book. However, if you've ever sat in a restaurant and wondered what the life of the couple opposite is like, then this might just be what you've been after. And the locations are quite nice too.”

The Sat Nav Diaries is currently available on www.Amazon.co.uk in both paperback and eBook formats.

“This book had me chuckling and choking on my coffee for page after page. The voice is incredible; the atmosphere is tangible.”