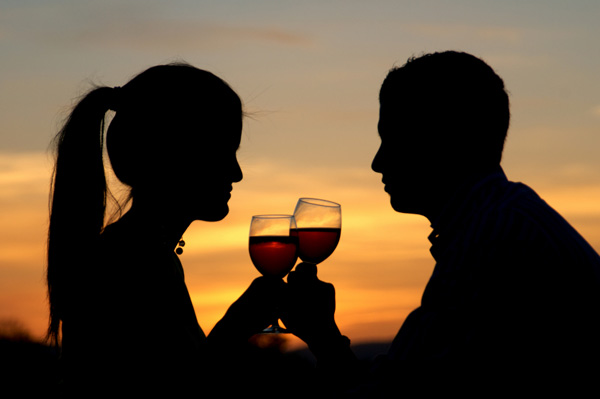 We’re sitting on the doorstep with a glass of wine each. It’s dark and Nat is in her pyjamas. But being we’re drinking a not too shabby pinot grigio from proper glasses (and not the bottle), we’ve decided that this raises us above ‘trailer trash’ to at least ‘council-estate-chic’.

We’ve come out here to look at the moon. To me, it’s simply ‘pretty’, but according to the pretentious eight-year-old whose mum parked next to me at my local supermarket this evening, it’s in its ‘waxing crescent’ phase. FFS! Apparently, he’d been doing a ‘project’ at school on the various phases of the moon and was feeling the need to reel them off at the top of his voice, amongst the parked cars, like some kind of school nerd on tour.

‘Would that last one be during the cloudier evenings?’ Nat asks.

‘Don’t know, it was generally quite dark … But there really is no need for a ‘waxing crescent’. That just makes me think of plumbers.’

‘What’s your thoughts on a waning gibbous?’ she asks me.

I prefer orangutans,’ I say.

Drinking wine under a brightly lit moon sounds romantic, and it might be if it wasn’t for the fact that we’re doing it on a residential street, with the woman from across the road looking disdainfully down on us from behind her curtains.

It’s quite mild for a November evening and so I pop indoors to fetch the rest of the bottle. As I pour, I ask, ‘What are your weirdest memories of the different jobs you’ve done?’

‘That’s a bit of a random question,’ she says.

‘I took a six week career job once, at the Inland Revenue in Basingstoke, mainly so that I could pay off a loan before going to university.’

‘You worked for the enemy?’ she says, accusingly, She’s looking at me as if I’m suddenly a stranger to her.

‘I know, I say, I was young; I needed the money. I was just following orders.’

‘That was the most over-used line during the Nuremberg Trials.’ She says, raising her tone.

‘I’m not proud of it’ I say. ‘If it helps, I have no memories of the actual job whatsoever. I just remember that it was summer and I’d always eat my lunch out on the grassy verge opposite the building, so that I could feel the sun on my face. The only thing I really remember is that there was a Turkish man who worked in the offices next door who used to smile and say Hi each day as he passed. And the reason I remember him is because he’d always turn his head slightly to acknowledge me, and the breeze that constantly blew along that road, between the office blocks, would lift his comb-over to a ninety-degree angle, like a lid on a hinge. It was like he was politely raising his hat, except he wasn’t.’

‘It’s weird the things that rattle around inside your tiny little mind,’ Nat informs me.

‘So, what do you remember about your jobs?’ I ask.

‘I worked at some riding stables when I was a teen,’ she says. ‘I remember always being surprised by the number of holidaying city people who would rock up for riding lessons in stilettoes, and then complain about getting mud on them. It was like they’d never seen countryside before.’

‘I worked at a sheet metal-cutting place once. I was the guy who’d sit on a piece of rubber at the back end of the industrial guillotines. My job was to catch and stack the cut-to-size pieces as the sheets were fed into the machine. You had to get the catch-rhythm right or you’d risk injury to your hands or wrists as the machine spat out little razor sharp sections. After my first week, I was known as ‘The Mummy’.

‘I was a chambermaid for some holiday chalets in Somerset,’ Nat adds. ‘I remember that in one guest room I went into, someone had shat right in the middle of the bed and then meticulously made the bed back up over it. Funny, the things that stay in one’s memory.’

I pour the remnants of our wine bottle into our glasses and look back up towards the sky. ‘I think the moon has moved into its ‘where is the moon’phase,’ I say.

We get up to return indoors, but not before raising our glasses to the woman across the street who still hasn’t realised that spying on people is best done with the lights off.

‘Look, it’s a partial eclipse of the room,’ I say.

2 thoughts on “Adrian Sturrock: ‘Drinking wine, and not straight from the bottle, raises us to at least ‘council-estate-chic’’”