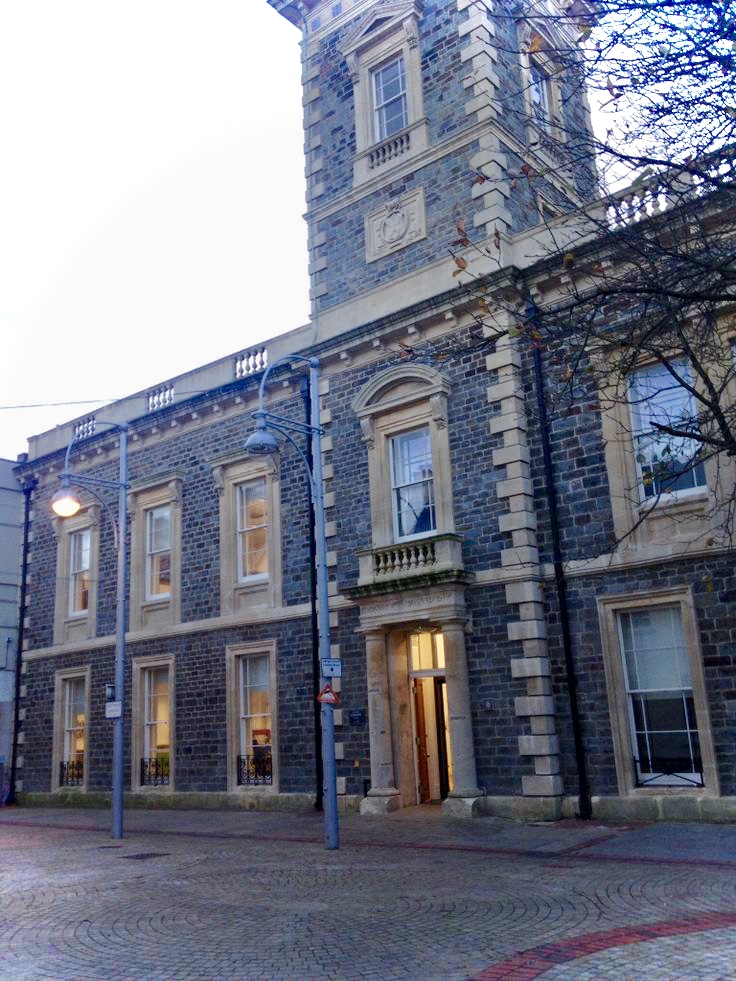 Welsh writer, Adrian Sturrock is to have all four of his books included in his hometown’s main library in Llanelli from the end of 2021, with neighbouring libraries also displaying his works.

“I am very excited about this,” he said. “I came home to this rather lovely news today – an email left by a member of the library staff, Lucy Rees. It seems oddly ‘full circle’ to find that the library in which I spent so many hours all those years ago studying for my literature degree now (from today!) holds my books. I’ve been told that they are also on display at a number of other South Wales libraries that my wife can’t pronounce, incl. Llangennech, Llandeilo and Llandovery. (To make things easier for her, one can also pick up my books at Burry Port library.) And, to add icing to the cake, someone who isn’t my mum took out one of my books this very day!”

Adrian Sturrock, originally from Llanelli, first left the town in his late teens when his family relocated to Hampshire in search of work. He now lives and works in Buckinghamshire but travels back to Wales whenever he gets the chance. “Regardless of where I live,” said Adrian, “I will always be Welsh. And I’m very proud of this fact. So, to be accepted into this important institution of Welsh libraries, in and around the town where I was born, is a huge privilege.”

This was made possible by the staff at Llanelli library who are very supportive of local creative talent, and push hard to support writers from the area.

‘I’m very pleased to have my books included in a building that was such a big part of my growing up,” said Adrian. “I vividly remember taking out my first book from the children’s library section, at the age of around seven. I also fondly remember the many days I spent in the reference room, researching for assignments and preparing for exams when I was an undergraduate at Trinity College, Carmarthen, part of the University of Wales. Back then, I’d never have anticipated that one day my books would be displayed here.”

Adrian has also been invited to present a talk and Q&A session at the main library, with dates to be confirmed.

“My books were due to be included into the library stock some months ago,’ said Adrian, “but numerous lockdowns have meant that the staff’s schedules have had to be pushed further and further back. I’m happy to present for them when they are back on track, as well as to attend any book fayres scheduled.

Amongst Adrian Sturrock’s publications accepted by the libraries are his two road trip travel memoirs, ‘THE SAT NAV DIARIES’, both of which were nominated for the Kindle Book Awards, and his two publications in his RANDOM series, which comprise of collections of articles and essays that take a sideways glance at the absurdities of everyday life.

If you live too far away to access his books from these South Wales libraries, you can purchase them in paperback or eBook formats here.

“Secretly, I’d quite like to pop in and see for myself my books displayed on the shelves of the library I grew up with,” said Adrian, ‘but I’m a little shy about someone seeing me do this. It’s basically the analogue version of Googling oneself. Perhaps I’ll buy a big hat and false moustache and slip in when no-one’s around. That should be entirely inconspicuous.”