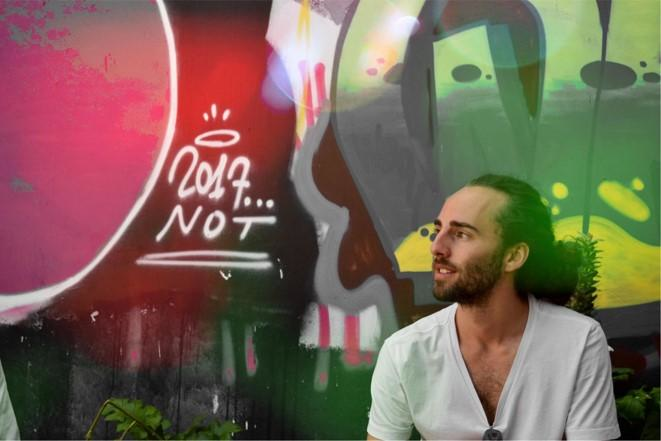 After months of waiting, studying and fundraising, the time had finally come. It was during fresher’s week of my first year at the University of Kent, Canterbury, that I first considered the idea. At that point in my life, drastic change was about to happen.

Standing at the roadside with our comically large, over-sized red foam thumb, an improvised whiteboard and our backpacks, we awaited our first ride. This call to adventure was first presented at a ‘Fresher’s Fair’ during my first year of university in September 2013. It combined two things that I wanted to do more of during my time at university, the promotion of adventure combined with the aim of raising money for a charity. The task: raise money by promoting the compelling cause that Link Community Development was doing, with the aim of improving the educational system in villages in several African countries. The reward: grab a backpack and travel to Africa for very little cost. This was a call I could not ignore.

It was several months later, after fundraising, completing various pieces of coursework, and shopping for myriad items that would prove useful on our adventure that the opportunity came. I first met my travel partner, Clara, only the day before setting off, thanks to a Facebook page hosted by our charity organization, where hitchers from many different universities, located across the UK, could meet others to travel in small groups, as it was considered too dangerous for solo hitchers.

Clara and I began our expedition from the University of Sussex, Southern England, to see where our generous chauffeurs would take us. We set off with the hopes of experiencing many unique places as we improvised a route through France, Spain, and into Morocco; where we would eventually take our time to enjoy the sites of Fez and Marrakech.

In order to be effective hitchhikers, Clara and I came up with a system; we would position ourselves at roadside before a lay-by to give cars a place to pull in. I would stand 20 metres before the lay-by, holding our improvised whiteboard (A4 sketch pad covered with transparent plastic coating, protecting it from wind and rain), requesting a ride to “Portsmouth (Harbour)”, while Clara would stand a further 15 meters away holding the large, red foam thumb. We had hoped that the red colour would be eye-catching enough for vehicles to reduce their speed enough to see our small sign and pull over into the lay-by if they were heading in our desired direction.

We thought that once our first kind stranger had offered us a ride, the rest would be easier. However, we had to wait at roadside for an excruciating 40 minutes for our hitch to begin. Jonathan, a kind man in his early-30s, an outdoors adventures instructor, who had his own experiences of hitchhiking during the decade before, was made curious by Clara’s roadside thumb, saw our sign, pulled over into the lay-by, and honked his horn to call us over. Our adventure had begun.

We were in the company of Jonathan for approximately 20 minutes, time spent recalling travelling adventures of his own, such as the time he had been walking back from a day spent rock climbing in Wales where he was granted a lift by a kindly local man who knew that when he saw Jonathan, he was miles from any village and offered to take him to civilization. Before he could finish his story, he pulled the car over to the side of the road in an area that he thought would help us on our journey towards Portsmouth.

The next kind chauffeur to stop for us would be the very next car that passed. We barely had time to wave goodbye to Jonathan before the next car had seen our thumb and destination sign, had pulled over and opened the rear door to his stripped out white van. Clara and I had assumed that the van had been repurposed for taking his family on their own adventures. After we loaded our bags into the back of his van, we took our seat in the cab and gave greetings and thanks to Andrew and his two adolescent sons who were heading to Portsmouth to watch a football game.

We travelled with Andrew and his children for about 75 minutes.  Andrew’s excitement grew as I told him about our adventure, our fundraising, and what we hoped to do and see along our way. Before long, Andrew was also talking about his own experiences of hitchhiking when he was younger, teaching his children to consider the world and its people in a positive way, and offer to help others when they can. A spontaneous life lesson being bestowed upon his children by helping strangers at the side of a road to get to where they wanted to go. It was no extra effort or expense to him, why wouldn’t he help others? It was en route, he had space for us, and it was a fun way of getting to know others under friendly circumstances.

Andrew took us even further than he had originally intended, after having missed the junction for his exit, as he was now subconsciously reading signs and directions for Portsmouth Ferry Port instead of into the city and towards Fratton Park, Portsmouth Football Club’s stadium, so he simply explained that he would go the extra few miles to help us out. A gracious effort that would further cement the lesson of being kind to others and about karma; he was once helped by strangers on the road, a gift that he would pass on to Clara and me.

What first struck me about hitchhiking, and the whole concept of it was that Clara and I would be relying on the generosity of others to get to any destination that we desired. It took two drivers to stop and drive us 52 miles before crossing into France.

While we had a bit of a slow start, we felt overwhelmed by how kind our drivers had been. It was not lost on us that both drivers had had their own previous adventures revolving around our current mode of transport. We had considered whether hardships during their own experiences had encouraged them to stop and help others who were on their own similar adventure. This speculation had formed simply from the coincidence that both of our travel partners had previously hitchhiked in their younger years. However, we would later receive rides from many more drivers who had never hitchhiked or picked up hitchhikers before.

After arriving into Portsmouth harbour, and as the Ferry pulled away from the English coast, we found our way to the cafeteria for some lunch and coffees. Later, as we headed back to one of the lounges, we spotted some familiar t-shirts. As all volunteers did when signing up for the Hitch event, we received a green t-shirt with the charity’s logo and our destination printed on the front. This was to promote the type of event, and to let others know that our hitchhike was in aid of fundraising for Link Community Development. According to the organisers, it was a logo and event that people might recognise and may make our journey easier. This proved to be somewhat true; the t-shirts that we had spotted in the lounge stood out to Clara and me; ours were almost identical. The only difference being, that our destinations had 2,080 miles between them. We were heading Southwest to Morocco, while they were heading Southeast across mainland Europe and into Croatia.

(Photo by Stacey Sturrock-Davies. Croatia-bound group on left, Morocco-bound group (Clara and myself) on right)

As Clara and I identified the Hitch t-shirts, we, while wearing our own, greeted the group of 3 fellow hitchers with smiles and hugs. Two young women from the University of Swansea, near my home town in South Wales, and a young man from the University of Exeter had also met using the same Facebook group page that Clara and I had used to find each other. After some talking about our diverging adventures, and after a couple of hours or so playing card games, we went to the top deck of the ferry to enjoy the sea winds, as the sun began to lower in the sky, nearing the horizon.

The ferry would finally reach its destination in Caen, Northern France, and we gathered our belongings, took a group photograph, and descended from the vessel onto continental Europe. Neither Clara nor I, or the Croatia-bound group, had made sleeping arrangements for the night in Caen. As bother groups of adventurers had brought tents with us, however, we headed towards Sward Beach to find a suitable location to pitch our tents for the night.

The lights from the ferry port enabled us to pitch our tents in what would otherwise have been more of a struggle. Within 10 minutes, both tents were pitched. Together we set out to wonder around along the dark beach and around the sandbanks. As the early hours of the morning became ever more of an imposition, we sought out our tents and crawled into our sleeping bags, as our first day of hitchhiking adventure came to an end.

The knowledge that there was still 13 days to go, with much more to do and see, was a comforting one. This new and exciting experience had just begun.