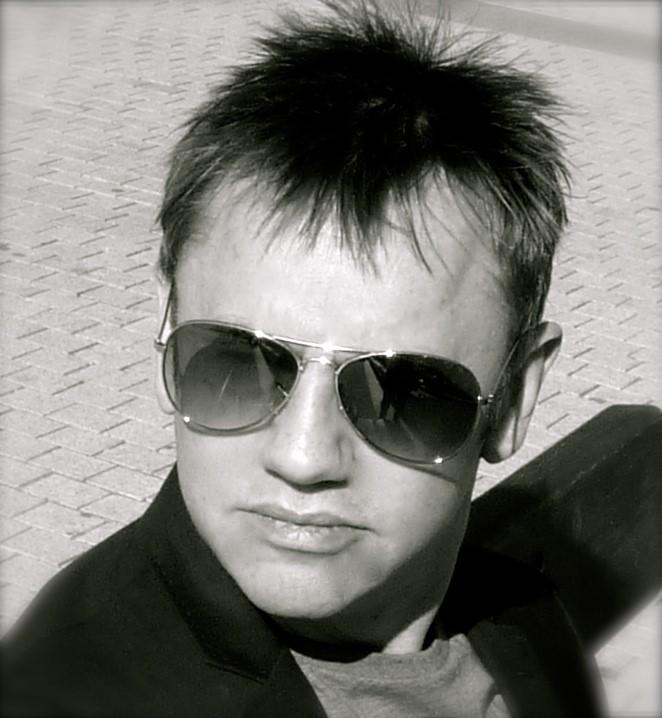 Turns out that writing a book makes me an author. Who knew! It’s not a word I would have naturally used to describe myself; it feels slightly foreign to me, like being referred to as a trumpet player. (I don’t play trumpet.) But, it seems, I have written a book.  ‘Writer’ sounds okay, perhaps, but ‘author’ sounds a little grand – as though I’m borrowing someone else’s clothes – clothes that are a bit too big for me. But perhaps I’ll grow into them.

Anyway, here’s my first interview as an ‘author’, as conducted by a friend of mine, who has elected to remain anonymous. (I’m not sure how to take this.)

Let me know your thoughts and please do send me any other questions you’d like me to have been asked. I’ll answer then in my next post.

To be honest, I was about three chapters in before I realized I was writing a book. I had just bought a sports car as my childish act of defiance against redundancy threats at work. It was my ‘crash and burn’ reaction, I suppose. I’d also recently started writing articles on various topics, with the intention of touting them around magazines, etc. But what was meant to have been a solo, four-day wander into France to ‘try out the new car’ slowly morphed into this forty-day road trip, mostly because my wife suggested that she’d quite like to come too.

After a while, I realized that I was writing more pieces on this trip than on other issues and so it occurred to me that these pieces could just as easily be called chapters. Suddenly, I was writing a book!

Well, it’s not like I knew people who’d taken road trips, and I’m not really a particular follower of the road trip genre, either in books or movies (though I do love to travel). But this road trip project really was a case of the stars aligning – I had a new car, an annoyance with work and a desire to step off the daily grind for a bit. Added to this was the fact that my wife was also up for taking a journey. Ultimately, the road trip just happened – with the help of a large open map on the floor of our living room and a good bottle of wine … or two.

That’s a difficult question to answer. It’s always exciting to visit new places, to wake up in new towns or drive through new types of scenery. It was all a highlight to me. I guess my strongest memories include driving through Tuscany, waking up on Lake Como in Bellagio on my birthday, and experiencing the Alpine areas of Switzerland. I also have a soft spot for the Cote d’Azur. The company was good too. I think my best memories involve the simple stuff though – sitting outside with wine or a cold beer in our hands, me and Nat, just having a good laugh. We laugh a lot – usually over stupid things – it’s just that we have a preference for laughing in pretty places.

I refer you to the above. My favourite places still change, depending on where I’m thinking of at the time.

Ha! Ha!  Service stations have their own charm, I suppose. I like that the food is freshly produced in many of the French ones, unlike the crap that is generally sold in British motorway services. The alternatives to service stations in France were the motorway picnic areas that seemed to turn up very regularly, especially once you get south of Lyon. These are great places to stop, stretch your legs and just spend a little time enjoying the sunshine, usually surrounded by squirrels and cicadas. No, I’m not sure I have a favourite one though. I shall think a bit more about this question.

Natalie would argue that I didn’t learn anything throughout the whole experience but that’s not entirely true. I did get a little more confident with my restaurant French. And I learned how to ask for the bill in Italian, without having to mime for it. I’m quite proud of that. I took a few Italian lessons prior to the Italian leg of the trip too – totally pointless!

If I was to admit to that then there would be no point in me making out like I was still in control! So I’m going to say no. To be honest, I tend to not really take in the full significance of a situation until after it has happened. This is a good thing in that I tend to stay calm in a crisis and just deal with stuff but it’s also potentially bad because perhaps I don’t always remove myself from situations as quickly as I should. I have had guns pointed at me on more than one occasion while travelling, but not on this particular trip. Perhaps I’ll write about these events at a different time.

I don’t have any regrets about any of the decisions we made when planning this trip – the whole thing about exploring new places is that you are learning as you go. We didn’t want to plan beyond having a destination to get to for each evening. Beyond that, we just made stuff up as we went. Not planning means that you can’t mess up your plans. There were places we visited that we thought, on reflection, we could have factored in more time for, like Strasbourg and the Interlaken area of Switzerland, but we could only ever have known this in retrospect.

Reliving the details of the trip. Resurrecting funny stories with Nat as I went back and wrote about them. It could be a horrible, wet, dark November day in the UK but in my head I might have been sitting in the St Tropez sunshine or up a mountain in the Alps. Writing is escapism, reflection and a great way to spend a day. I didn’t once suffer from writers block but perhaps that was because I wasn’t writing fiction and so didn’t have to make stuff up.

Not in any superstitious way, like I here some writers have. I do tend to drink a lot of coffee while writing, however, so that is something I’ve realized I need to be aware of. Nat doesn’t like the caffeine-infused version of me, strung out and wide-eyed, meeting her at the door when she gets home from a long day at work.

If I have any quirks at all, it’s that I do tend to like a sense of life going on around me as I write. As much as possible, I’ll write in restaurants or bars but when I’m working at home, I fool myself into thinking I’m in a social place by using an app I have on my phone called Coffitivity. It emulates the background sounds of different types of cafes. My current setting is called ‘Morning Murmur’, which gives me a sense of not being isolated. Writing is a solitary experience, after all.

I didn’t have to. The nice thing about travelling with Nat is that this stuff writes itself. We seem to constantly get caught up in weird conversations or with strange characters or situations. I refer you to her quote on the front of the book, as testament to that.

That’s easy. And I can even tell you what age I was, mostly because we moved house so many times in my younger years. I’m coming up to my first birthday. I’m sat in my high chair, alone in the garden. It’s early evening and I’m watching birds flying across the sky in formation. I’ve no idea what type of birds they were (Nat would tell you, she’s quite good at that sort of thing) but they were the type of small dart-like things that fly in perfect, tight formation. I was fascinated buy them. I still am when I see that.

We actually didn’t. In fact, we don’t really argue at all. We can have different points of view on things and we freely voice them, but we don’t argue. I’m sure I must frustrate her from time to time but she’s very patient. Ha! Perhaps that’s the secret to our relationship: she’s very patient.

Yes. I think we both are, at least with each other. We’ve both been in relationships where people have made problems out of things that really didn’t need to be problems. So when we met, I think we’d both got to the point where we realized nothing is important enough to fall out over. And the fact that we both speak our minds totally freely means that nothing really ever builds up. Which is good, right?

I have a bunch of ideas for future books in the ‘Sat Nav Diaries’ series, but right now I’m working on a book of articles called RANDOM, which is really an insight into mine and Nat’s domestic life. It’s not a huge departure from The Sat Nav Diaries, just that it all happens at home – or in our ‘British’ life. This is due for release some time in 2019.