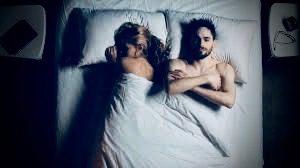 ‘The guy who discovered milk … what exactly was he doing?’

My wife looks up at me from her tea-making. She peers into the carton in her hand. ‘You’re the only person I know who can make the most mundane thing suddenly seem a little creepy,’ she says.

‘You are indeed welcome,’ I say.

She sniffs the milk.

I’m going through a phase of insomnia at the moment. It doesn’t happen often but when it does it can leave me for hours with only my mind for company. And when my mind and I are left together in the same room, unattended, chances are that I’m going to end up thinking things.

It’s 2.34am. I’m wide awake and I have a full day of work ahead of me in the morning. I’m trying to ignore my mind, which is currently suggesting that I’d probably quite like to go for a drive right now. I find myself contemplating it: roof down, music on, minimal traffic, miles of fast road once I get out of town …

‘You’re going to feel like crap in the morning if you don’t get some sleep,’ my wife mumbles at me, as she is stirred by the brightness of my iPad.

‘Sorry,’ I say, tilting my tablet away from her.

I stroke her head with every intention of ignoring her, as she falls back into her own sleep.

I put my iPad down and lay on my back. ‘I wonder who first thought it was a good idea to lick a mushroom,’ I think to myself. Not only are they aesthetically unappealing in their natural state, but they are actually a fungus. More to the point, was there someone there to make comparative notes between the one the dead guy licked and the one the unaffected person decided was quite delicious. And did they take sketches back to the village – ‘this one good, this one … not so.’

Someone must have been documenting it. I’m glad it wasn’t me, I’d probably have lost my notes on the way home and would have had to revert to tentative licking-then-waiting, to see how I felt. It must have been like winning the lottery for the guy who stumbled upon hallucinogenic ones.

‘Seriously, the alarm will be going off in under four hours,’ says Nat.

When I’m not trapped in the world of day-job, not being able to sleep isn’t a problem, I simply get up out of bed and go do things. It occurs to me as I consider this that what I’m currently experiencing is therefore not insomnia but merely my body rebelling against the curfew that the world of work places on it. It’s right that my body rebels, it means that my soul has not yet been totally crushed.

I roll over onto my side and close my eyes. ‘Chickens are another ugly source of food,’ I think to myself. The odds of finding out that they are also delicious must have been a close call. I guess that came about by humans watching other animals eating each other, and copying them – ‘Wild fox eats chicken and doesn’t die … maybe I do same. Wow! Left it too near fire … actually, this tastes rather good, I can’t wait for somebody to invent a nice satay to go with it’.

I click my iPad back on. It seems that a lot of discoveries and inventions were achieved by mistake: Post-it notes was a successful failure for a guy who was trying to invent a super-strong glue but only got as far as an easily peel-off-able adhesive and a quick marketing spin designed to cover his ass in front of his boss.

It also says here that Viagra was originally known as UK92480, and was designed to combat angina. That must have been an interesting boardroom discussion:

‘Well, John, unfortunately, we seem to be getting rather
limited results with our angina subjects at present.’

‘That’s a shame, Jim. Is there anything I can put in my
report here?’

‘Well, Sir, at first I thought it was just because of Debbie
from accounts, but …’

‘GO TO SLEEP!’ Nat asserts, turning away from me with an exaggerated flump, before burying her head fully under the duvet. It’s always the scale of the flump that tells me how annoyed she is with me. I reckon this last one must have measured at least seven out of ten on the flumpometre. ‘That’s quite a severe one,’ I think to myself, so decide to switch off my iPad for the last time.

On her return, she gets back into bed and snuggles up to me. ‘What were you doing, anyway?’ she asks.

‘Nothing much, really,’ I say. And then my mind moves on. ‘When I was a kid,’ I tell her, ‘I spent almost every art lesson at school trying to invent a new colour, but all I ever achieved were various shades of brown. I hardly ever painted an actual picture.’

‘I’m not sure that ‘Various Shades of Brown’ would have made as good a movie title,’ she says.

I consider it for a few seconds before conceding that it would probably have got a mixed response at the focus group sessions. ‘Sounds like a very niche type of adult movie,’ I say. 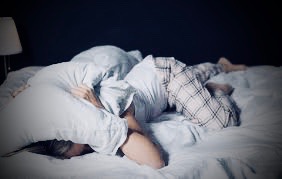 As soon as I eventually get off to sleep, the alarm goes off, or at least this is how it feels. I reach out to find Nat under the covers but she’s not there. I open my eyes to see her standing over me with a cup of coffee.

‘Work is probably going to hurt a little, today.’

‘Today might be the day that I fake my own death,’ I say.

‘And tomorrow might be the day that I make that a reality,’ says Nat.

3 thoughts on “Adrian Sturrock: ‘You’re never too old to learn something stupid’”