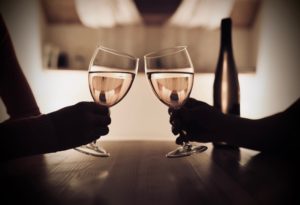 We’ve both had exhausting days in the land of work and noise. We’re now at home, beached on the sofa, too tired to move anything other than our finely tuned wine-pouring limbs. It’s a lazy evening. Nat has clicked her way through every TV channel we have before tutting loudly, conceding defeat and handing the buttons to me in the hope that I might find something that she’s missed. ‘Not even the idiot’s lantern is coming to my rescue this evening,’ she complains.

I’m pleased to find that we are both able to agree that The One Show deserves an even faster click-past than the majority of cheap shots that currently fill our screens. We have both, at different times, described The One Show as ‘the place where journalism goes to die’.

I can’t find anything interesting either; it’s mostly programs about other people doing their day jobs, which neither of us considers an acceptable proposition upon which to base a television programme – or an argument for the continued existence of a TV license … or a TV. ‘Whoever would have guessed that a documentary series about an environmental health inspector would one day make it to prime time television?’ I say. ‘Can you imagine the discussion at the scheduling meeting:

‘Well, we’ve got a series on wheel clamping, a six part season based around
two women cleaning other people’s houses, and a fly-on-the-wall, mostly
camcorder, thing about a guy who works for the council and catches vermin
…’

‘Really? Is that it? We need something to slot between the news and Jeremy
Kyle’s ‘My uncle slept with my dog’ episode.’

‘Umm, we do have this thing based in a tent where questionable celebrities
make cakes for no valid reason? I know what you’re going to say but we ran
out of budget after ‘Britain’s fattest People, and …’

‘(Sighs) … My God! … Well, desperate times and all that … OK, let’s do the cake
thing, and … that thing about vermin – I loved Ratatouille when I took my
niece to the cinema that time. Rats can be rather cute … when they’re not
popping up from inside your toilet bowl, of course.’

I continue clicking the remote. I’m on my second cycle of the thing now. Eventually, I give up; ‘Ah! What’s the point?’ I say, switching the TV off.

‘Is there anything interesting on our ‘saved’ list?’ she asks.

She picks up a magazine while I switch on the music system.

‘She was known as scarf face.’

Nat reaches across me for the TV buttons. ‘… There must be something on.’ 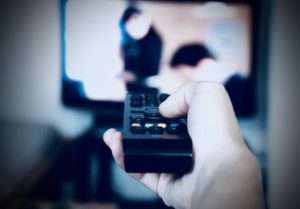 Do you ever get to that point where you’re too tired to actually make your own entertainment, but your overactive mind still needs something to occupy it? It’s a harsh realisation when it dawns on you that you’re this exhausted and the week isn’t even fully underway yet. Nothing messes with your Friday more than finding out it’s Tuesday.

I’m bored, but even conversation is appearing a struggle this evening. We sit in silence for a few minutes longer …

‘… Turns out that humans can only distinguish between around 30 shades of grey,’ I say.

‘That means that up to 20 shades are wasted every time.’

‘… I guess the trick is to figure out which twenty. I mean, I wouldn’t want to discard the wrong ones … you know, run out of stamina before I get to the shades that matter …?’

‘Uh-huh,’ she says, turning the page of her magazine.

‘… Of course, with this grey thing, the amount of nuances experienced can change, depending on things like lighting conditions and surface texture …’

‘Ask me what my favourite letter is,’ she says, not looking up from what she’s reading.

‘Ooh. Yes please.’ She continues to not look up but points to the cup she’d earlier left on the side. 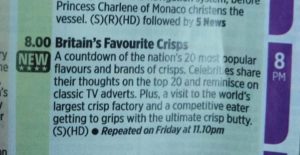 2 thoughts on “Adrian Sturrock: ‘Nothing messes with your Friday more than finding out it’s Tuesday’”