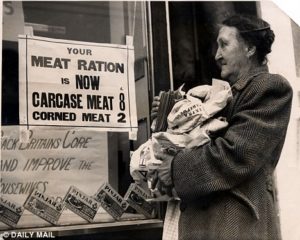 ‘Why are you texting in capitals?’ asks my wife, looking over my shoulder.

We’ve been standing in this post office queue for over half an hour. We thought that we’d just ‘pop in’ quickly to get our International Driving Permits organised ready for an upcoming road trip, and then go for breakfast at a little country restaurant we know. At least this was the plan.

Well, give my regards to Princess Margaret, pings the reply.

‘I’ve no idea,’ I say, ‘I’ve only ever known her as a person off the TV, like … Ian Beale or Homer Simpson.

‘Ian Beale and Homer Simpson are fictional characters,’ she says.

I text my uncle back: I MEANT FOURTH IN LINE IN THE POST OFFICE QUEUE, NOT TO THE THRONE.

A moment later, he responds with, Well, that’s far less impressive, and adds a sad emoji.

Nat smiles. ‘I see where you get it from,’ she says.

‘… Nothing.’ She glances back along the queue that is deepening around us.

The bad news is that we were fourth in line when we entered this queue. This is because the elderly lady at the front of the line, with an armful of individually wrapped brown paper parcels, is refusing to divulge to the counter staff what is in each package.

‘That’s my business, not yours,’ she keeps insisting.

‘I don’t ask you what’s in your parcels,’ demands the old lady.

As irritating as standing in this queue is, I’m quite entertained by the old woman’s totally irrational, though quite understandable, stance.

‘To be honest,’ I say loudly, across the queue, ‘those packages do look a little bit bomb-shaped to me.’

The old lady turns around abruptly and stares at me. ‘Since when did a few cardigans and books look like bombs?’ she protests.

I smile at Post Office lady. ‘I believe my job here is done,’ I say, curtseying coyly to her.

Nat leans into me and whispers, ‘Who says that bombers vests can’t come as cardigans?’

‘Hmm. Good point,’ I say. I consider the idea of the first terrorist device to arrive on the market with a ‘Don’t boil wash’ label attached.

‘And don’t be fooled by appearances,’ whispers Nat, ‘that seemingly defenceless old lady might actually be knitting a whole military as we speak.’

‘What? Like a slightly more pastoral version of the Terracotta Army?’

I consider the scene: ‘Is that a boiled sweet in your pocket, grandad?’ ‘No, it’s the detonator! Back off!’

‘Ssh! Lower your voice,’ says Nat, looking around us. ‘But, yes, I think you’ve got the gist.’

‘I read the other day,’ I say, ‘that the UK spent close to £50 billion, last year, on its military. If this old lady can produce an entire militia on a pension, someone should consider putting her in charge of our defence budget. Look at her demanding that all of her parcels go as second-class post – put her in charge of Defence and we’d probably still have change left over for custard creams and the bus ride home.’

The old lady has finished haggling with the Post Office staff now and stares right at me as she walks past. ‘Bombs, indeed!’ she says at me.

‘Come the revolution, sister!’ I say, raising my fist up in a ‘power to the people’ pose. 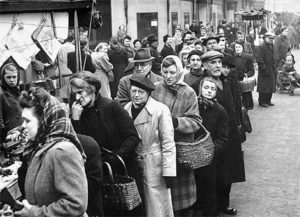 Processing our International Driving Permits is a new thing for the two ladies behind the counter. ‘Bear with me,’ says the older woman, ‘this is only the second one of these I’ve done. In fact, this Post Office has only been doing them for the past two weeks; it’s still quite new to me.’

‘No worries,’ I say, handing my passport picture to her.

‘Is that you?’ she asks, turning it around to take a closer look.

‘My passport picture is horrible,’ she says.

‘This one was my third attempt,’ I say ‘I was going to do this last week, but it rained and my hair went silly. And then I got a spot here.’ I point to an area just under my lower lip. ‘And just as I was …’

I hand the lady my driving licence, and she starts to copy the information from my UK licence into my new old-looking international licence, in her best, slowest handwriting. ‘I’d best not make a mistake,’ she tells me, looking up in order to get my full attention, ‘or I’ll have to start all over again.’

She asks where I’m travelling to and I reel off the countries while she hunts for each of the country names on her A4 crib sheet. ‘You’ll need the 1968 version,’ she tells me.

‘Because it alludes … Oh, you know that.’

‘If you were to go to some of the countries further away, you might need the …’

‘Stop doing that,’ Nat whispers into the back of my ear.

Eventually, Mrs Post Office has finished copying all of my details from my UK licence over to the International Permit in her best, slowest handwriting.

‘I thought you had it,’ says Jenny.

I look at Nat in confusion as Mrs Post Office and the young Jenny rummage through drawers and shelves for their communal glue stick.

‘Ah, here it is,’ says Mrs Post Office, eventually waving her glue stick at me. ‘We can’t carry on without this.’

‘I should hope not,’ I say, wondering what the hell she’s talking about, but smiling anyway.’

She takes my photo and glue-sticks it to the driving permit, before taking her special ink stamper and pressing it half onto my picture and half to the buff-coloured cardboard page. She then holds my driving permit at arms-length, to admire her handy work. ‘There you go,’ she says, ‘Nobody can forge your licence now.’ She smiles at me and hands me my completed document for me to check through and sign, as she pushes the lid back onto her glue stick.

‘What? No glitter?’ I ask, thinking that the document looks so out of keeping with modern technology, with its handwritten details, glued-on photo, and its numerous ink stamps to illustrate what types of vehicles I can and cannot drive while abroad.

Post Office lady looks seriously at me before deciding that I’m joking and relaxes. ‘It would cheer the card up a little, wouldn’t it,’ she says.

I turn the document over in my hand. ‘I think it might,’ I say, ‘It does look a little like a ration card; the sort that one might rock up with at a soviet bread queue.’

I’m guessing that Mrs Post Office is having trouble accessing this image, so we both say our thank yous and goodbyes, and Nat and I leave the counter.

‘Why do we even need one of these?’ I ask Nat, as we get out into the sunshine.

‘Because of men in hats,’ she says. ‘And you know how men like to wear hats, it makes them feel …’

My phone pings. It’s my uncle. What are you doing in the post office?He texts.

TRAVELLING BACK IN TIME, I text.

Then I refer you to my previous message, he texts, Give my regards to Princess Margaret.

I think back to the lady with the secretive packages. I THINK I ALREADY MIGHT HAVE, I text.

Nat looks at her watch. ‘We’ve missed breakfast,’ she says, ‘Shall we just call it…’

2 thoughts on “Adrian Sturrock: ‘Marty McFly used a Delorean; whenever I wish to travel back in time, I simply step inside our local post office.’”