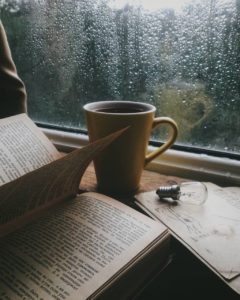 It’s cold outside. And wet. And grey. Did I mention grey? The decaying corpse of my lawn that scrubbed up so well last summer is now partially hidden, like a rushed burial, beneath the mouldering litter of late autumn, and sticks to my shoes like putrefying road kill whenever I make the mistake of swapping cabin fever for a breath of fresh air. I think I may have also stood in fox crap. That means there’s foxes out there. And they’re crapping on my lawn.

‘Bastards!’ I shout from the patio, as I hop in one shoe while trying to take off the other before re-entering the house. ‘Oh, not you,’ I add, noticing my next-door neighbour hovering near our fence.

He says nothing, just opens his patio door and disappears inside. He’s like that. I shrug and do the same. We’ve lived within feet of each other for over thirteen years and I still don’t know his name. I doubt very much that I could even pick him out of a police line-up. Hopefully, I’ll never have to, though it wouldn’t altogether surprise me if I did.

There’s a lot to be said about Christmas – and most of it is far too positive. This season of obligatory fun and mandatory wallet-rape, all thinly wrapped up as ‘good will to all men’ (and, presumably, women), is just another poke in the face after they’ve gone and made night time turn up half way through the day by screwing with the clocks again.

‘Stop moaning!’ says Nat. She apparently likes what she so casually refers to as ‘the seasons.’

I’m not ok with them. I’d much prefer one perpetual summer. If it wasn’t for the fact that we’d all probably float away, I’d suggest doing away with global rotation and just park the planet up nicely against a rational season. Like summer. There’s nothing cosy about the damp British coldness that clings to your bones and traps you indoors. And did I mention the perpetual grey? And just as you’ve worn yourself out coming to terms with ‘the seasons’, the threat of Christmas happens at you.

‘For goodness’ sake, where’s your festive spirit? The house down the road already has its Christmas tree up.’ I think Nat is getting tired of me following her around the house, whinging.

I don’t feel that this even deserves an answer. On the other hand, I can’t help myself. ‘Take a look at your watch,’ I say. ‘It’s November. In fact, It’s barely half past November. Christmas might be a tradition, but do you know what tradition is? Do you?’

‘Tradition is merely peer pressure from dead people; that’s what tradition is.’

‘I think you’ll find that Christmas is all about the little baby Jesus,’ she says.

“But why on Earth did they make him a Capricorn? Everybody knows that Leos make the most enigmatic leaders. Look at Mick Jagger.’ 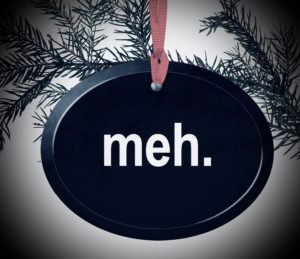 The first hint of Christmas slapped me in the face the day after Bonfire Night, when I heard Paul Mc – shut the hell up – Cartney inviting me to have a ‘Wonderful Christmas Time’ through the sound system of my local Next store. ‘You’re shitting me,’ I said to the shop assistant, as I pointed at the speaker in the ceiling. ‘I know,’ he said. Next lost a customer that afternoon.

I’m told Christmas is ‘cosy-up’ time with family, but most of us know that trying to coordinate a family Christmas is like trying to drag a full drum kit up a car park stairwell. Ok, Christmas doesn’t smell of wee (we tend to get a real Christmas tree) but the point, along with the frustration, remains the same.

And then there’s the usual festive racism: ‘We can’t even call it Christmas anymore, for fear of offending someone’ is now the annual Daily Mail reader’s chorus of choice, which has become every bit as traditional over recent years as ‘Good King Wenceslas’, as it pours into and bounces off every corner of social media. This claim isn’t remotely true, of course, but why let truth get in the way of perfectly good bigotry. Most disappointing in my opinion is that these people are still allowed to vote. But as Churchill is quoted as saying, ‘The best argument against Democracy is a five-minute conversation with the average voter’.

To add insult, I’ve just received an email falsely describing me as ‘a valued customer of Christmas Letters from Santa’.

‘I think they might have mixed you up with a different idiot,’ says Nat, as she begins to read my email. ‘Hey, you can get a whole £1.00 off your Santa’s letter if you order before 18th November,’ she says. ‘“You can also include with your letter a token certificate for an extra 50p, which rewards your child for good behaviour and being kind to others. Another great keepsake from Santa Claus himself!”’

‘You mean I’ve got to pay Santa in order for him to write to me? It’s true what they say, absolute power really does corrupt absolutely.’

‘Then perhaps he should register his business in the United Arab Emirates, and his domicile in Estonia, just like any other self-respecting tax exile, instead of reverting to charging for autographs.’

‘That reminds me,’ says Nat, reaching for a faded note that is sticking out of the back of the letter rack, ‘Remember this?’ She holds it up. ‘I found it stuck to the fridge door last Christmas morning when I got up.’

I try to take it from her but she’s too quick. ‘And I quote,’ she says, ‘“Dear Santa, I’m writing to you to let you know that I’ve been naughty this year, and that it was worth it, you fat judgmental bastard”. Do you have anything to say about this?’

‘I think the note speaks for itself,’ I say. 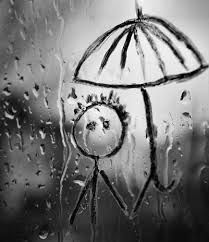 In the meantime, my local supermarket has already moved the easy to grab wine from the front of the store to make room for Christmas cards and Twiglets.

‘Who on earth buys Twiglets?’ I ask.

4 thoughts on “Adrian Sturrock: ‘It’s beginning to look a lot like Christmas.’”