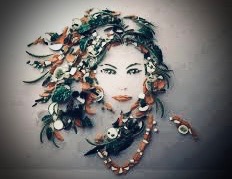 Nat passes me on the stairs as I’m about to leave for work. ‘You have beetroot risotto for dinner,’ she says.

She stops to look at me. ‘You will like it and you will make sounds of ecstatic enjoyment,’ she informs me.

‘Will that be before or after dinner?’ I ask.

She smiles at me as a parent might smile at a small child who doesn’t yet understand the ways of the world.

‘You are welcome,’ she says, kissing me before making her way upstairs, while I leave through the front door and head for my car.

I’ve had a blood test. Worse than that, I’ve had the results of the blood test. I knew that agreeing to the test at all would be a mistake, and now, as confirmation of this, I’m destined to eat things like … beetroot risotto.

It all started with one of those carefully worded letters that the surgery nurse sends out to ‘men of a certain age’, in which she tries to woo them with middle-aged-dad humour about it being time to ‘come in for your MOT’.

‘Just make the appointment,’ said Nat, after my third reminder, ‘if only to confirm that everything’s fine.’

‘Everything is fine,’ I said.

‘Then what are you afraid of?’

‘I’m not afraid of anything,’ I said, ‘I’m just bothered about being treated like an old person before I’m actually an old person. It’s the same reason why I don’t wear reading glasses even though I can’t see a bloody thing.’

‘Is that why you keep walking into books?’ she asks.

‘Has anybody ever used the words ‘devastatingly funny’ to describe you?’

‘Do you find that at all strange?’

They don’t check your trouser parts any longer at the Well Man clinic. I needn’t have showered.

The upshot is that while all of my other blood readings are fine, my (bad?!) cholesterol level is currently what I might describe to friends as ‘shot to shit’.

That’s notably higher than my dad’s,’ says Nat, running her finger down my results letter. ’And he’s seventy-two.’

And this is why dinner this evening will consist of beetroot risotto. It is why my entire diet has recently taken a severe sideways step. I’m told that the upside of beetroot risotto is that it will turn my wee bright pink. As excited as I am by the idea of glow-in-the-dark wee, I’d still gladly swap it for a steak sandwich dripping in soft French cheese.

Over the past eleven years, Nat has cunningly de-skilled me in the cooking department, slowly chipping away any memory I might have had regarding how to fend for myself in the kitchen, until I’ve finally became her food hostage. It is only now that I’ve come to fully understand her objective – now that the house has become a cake-free zone and I’ve been banned from real butter. Out went dairy, in came rice milk; out went red meats, in came soya proteins. From a dietary point of view, I am officially ‘semi-vegan, with occasional lapses’ – or ‘vegan-lite’, as I now describe myself to friends.

‘There’s no such thing as vegan-lite,’ says my vegan friend.

‘Think of it as vegan without the conscience,’ I say, as I watch the muscles at the sides of his jaw flex a little.

Nat likes to point to things like her recent discovery of empty packets of pork scratchings in the shower as reason for her food embargo on me. She claims this as the probable cause of my raised levels. I, on the other hand, put it down to a faulty reading at the clinic. We are currently no closer to reaching a consensus on this issue, but I am losing weight quite rapidly, as well as saving money on both our food bill and on shirt buttons. 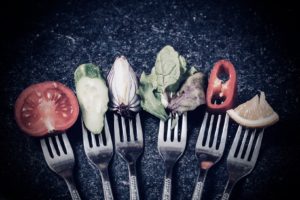 ‘Trust me,’ she says, this evening, as she serves up the most clown-coloured dinner I’ve been handed since my seventh birthday party. ‘You’ll thank me when your next blood test reads better.’

‘… Yes, it’s beetroot risotto,’ she says. ‘You’d better like it, you’re having it again tomorrow – cold and in your lunchbox.’

It’s now three hours since I ate my beetroot risotto. I quietly accept that it wasn’t horrible, though I’m still ignoring her. My trust in her has diminished considerably since my experiment, ten minutes ago, in the bathroom, when I switched off the light only to find that I’d been lied to … it doesn’t glow in the dark.

2 thoughts on “Adrian Sturrock: ‘It turns out that when you donate blood, it has to be your own’”