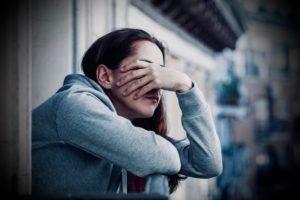 ‘Explain yourself,’ says Nat, taking off her coat as she closes the front door behind her.

‘Well, I’m quite simple, really,’ I say, ‘albeit in a convoluted sort of way.’ I’m standing at the bottom of the stairs with an armful of laundry. ‘I’m the usual bag of delightful contradictions that one might associate with post-industrial man. Of course, I mostly put this down to having had to untangle myself psychically from the belief systems of the 1970s, which, in many ways, can be said to be the font of my general ineptitudes. Can you believe that we once thought that orange shirts with brown collars and cuffs were something we shouldn’t be put to death for …?’

She’s standing there waiting for me to stop talking, her body language and expression confused in equal measure by what even I am realising to be my directionless monologue. ‘I was looking to be more specific,’ she says.

She reaches into her bag. ‘You’re a man; explain this.’ She slaps a copy of today’s newspaper onto the hallway table.

I read the headline looking up at me from the front page. ‘Paul Gascoigne?’ I say.

Nat picks the newspaper back up and quotes at me: “The ex-England star, who denies sexual assault by touching, told police he had “kissed a fat lass” to give her a “confidence boost”, jurors were told.”

‘Wow!’ I say again, but for very different reasons this time.

‘Any insights at all into why men are so batshit stupid?’

And then it comes to me. ‘If I had any insight into this type of ridiculous male outlook and behaviour,’ I say, ‘I very much doubt you’d want to be with me.’

With that, Nat’s expression softens and she leans over to kiss me. ‘I’m very lucky,’ she says.

Later that evening, Nat and I are in the living room, watching TV. Or rather, she is watching Master Chef, while I’m busy ignoring it with a magazine.

‘Why do you have your fingers in your ears?’ she asks, looking over at me.

I don’t want to say that I’m currently thinking something very loudly and don’t want anyone to hear. ‘Hmm?’ I ask.

‘Is there something wrong with your ears?’

‘Oh, them. Yes. Itchy.’ I take my fingers out and pretend to scratch them.

‘Are you thinking loud thoughts again?’ she asks.

I think for a moment. ‘Well,’ I say, reluctantly, ‘that Paul Gascoigne story …’

‘If the woman in the article hadn’t been non-consensually kissed by a northern drunk but had instead been kissed by a proper celeb – say, David Beckham, or Matt Damon – might she still have considered it an assault?’

Nat instantly turns down the volume on the TV, which is never a good sign. ‘Do you not understand the word consent?’ she asks.

‘Yes, but if, say, Johnny Depp walked across a room and kissed you? No ‘Hi, how/who are you?’ If he just kissed you because he thought you might like it, would you really be all ‘See you in court,’ about it?

‘Well that’s not a fair question,’ she says.

‘Because it’s Johnny Depp. The consent is implied.’

‘And right there is the slow puncture in your feminist stance,’ I say.

‘Of course, it is. Same scenario, but if he happens to occasionally dress like a pirate, it’s suddenly not assault? It’s one rule for Johnny Depp and another for Captain Birdseye.’ (I’m not sure if my argument is technically still on point at this juncture, but I think my overall theme is still intact.)

The pause that follows results in Nat turning the TV volume back up. I’m off the hook. Or ignored. Or both.

A few days later, the BBC news informs us that randomly kissing strangers on trains is not actually sexual assault if you are a wealthy ex-footballer and can come across to a jury as adequately stupid.

‘And there you have it,’ I say, ‘a jury cannot prove the guilty mind element when the mind in question hardly exists at all.’

‘I don’t think I’d have got away so easily with kissing women on trains,’ I say.

‘To be honest, I doubt your case would even get to court.’

‘Because I wouldn’t be reckless enough to bury your body where it might be found.’

Though the world outside my front door might still be considered a patriarchy in many ways, in here I’m happy to allow the matriarchy to continue. It just seems easier that way.