There are two very important things above all else that I have learned in this life. I don’t remember the first one but the second one is to always write stuff down.

‘I think I’ve mastered the skill of anti-stalking,’ I say to Nat, as I come in through the door.

‘Anti-stalking. It’s where you learn someone’s daily routine in order to avoid them. Look!’ I present her with a number of Post-it notes with a list of ‘places to not go’ written on them.

Nat looks down at my brightly coloured notes then back up at me. ‘Stalking someone in order to keep your distance from them?’

‘I’m pretty sure we’ve all done it to some degree,’ I say.

‘Ok,’ she says, looking a little uncertain. ‘Who are you trying to avoid?’

’The one with the fat ankles?’

This is how women work. There is an inbuilt imperative to identify at least one imperfection in any female that they feel may be a threat – an Achilles heel … or, in this instance, a whole ankle. Two of them, in fact.

If Nat had asked, I could have offered a whole list of imperfections where this particular ex was concerned, though not exclusively physical ones. Instead, I just say, ‘Yes, that one.’

‘I thought you were over all of that,’ she says.

‘Then you’re not over her,’ she says.

‘I am,’ I assert. “I’m absolutely over her … I’m just not necessarily over my need for revenge over her.’

If a face could morph itself into the perfect exclamation mark, this is exactly the point at which Nat’s would have done so.

Most of us have at least one ‘awful ex’ story. I have a few. I eventually got to the point where I considered that as I was the only common denominator in them all, the fault must, therefore, somehow lay with me. But then a friend suggested that it was equally possible that I was just crap at choosing girlfriends. I liked his idea best.

‘Tell you what,’ I said to him, ‘how about next time I identify a potential partner you interview her first? Maybe run her through a short psychometric test? It can’t be worse than my method.’

‘I guess not, being your method seems to be to pick them at random out of the Annual Directory of Psychopathy,’ he said.

‘That’s a bit unfair,’ I said, trying to recall whether I had, in fact, inadvertently done just that.

‘How exactly do you filter for girlfriends?’ he asked.

‘It’s a simple list. Essentials include petite, nice eyes, nice bum, not homeless. Desirables are mainly that they might like me back … a bit. You know, something to work on. Oh, and whether they can ski.’

‘So, fairly rudimentary criteria, then?’ 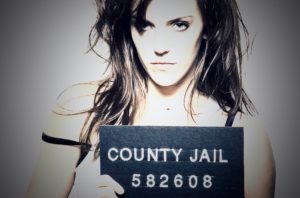 Both Nat and I have had our fair share of what we affectionately refer to as ‘whack-cases’, in our pasts. In fact, our individual stories would make a comprehensive set of ‘Whack-Case Top Trumps’, with an impressive list of trumping criteria to choose from, including ‘Reality distortion factor’, ‘Cheat factor’, ‘Gas-lighting ability’, and ‘Speed at which they lose their shit’.

Apropos the girl with the ‘fat ankles’, I eventually turned to sticking Post-it note reminders on the bathroom mirror regarding why I should stay angry at her. For some people, holding a grudge comes easy; for others, we have to work a little harder at it.

When I eventually met Nat, both of our bullshit-antennae were fully extended. What I think we found in each other was a mutual realisation that life’s too short for anything less than peace. Peace seemed a good start-point; that and the fact that we quite liked each other. (Ironically, it was peace that my ex eventually left behind when she last drove away with most of my possessions.)

‘But what left me most angry after that relationship,’ I say to Nat, ‘was not so much what the other person did or didn’t do, but the realisation of how much shit I accepted during my time with her, without even realising to question it.’

‘We’ve all broken our own rules for somebody,’ Nat says, hugging me.

Several years later, I’ve forgotten where I put those Post-it notes. I probably should have left myself a note to remind myself. As it is, I can’t really remember very much about my ex at all, I’m not even sure I could pick her out of a line-up after all this time. The little I do remember about her, however, leads me to also wonder whether anyone else has ever had to pick her out of a line-up. It wouldn’t altogether surprise me.

‘As far as my exes are concerned, ‘says Nat, ‘I prefer to be absolutely sure of not bumping into them ever again.’ She looks intensely into my eyes.

‘Shh!,’ she whispers, placing her finger to my lips.

I know that she is probably referring to the fact that she now lives three counties away from her previous life, but I think I’ll stay on best behaviour … just in case. 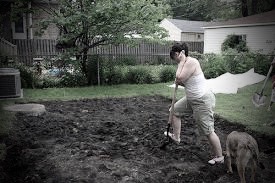 4 thoughts on “Adrian Sturrock: ‘In the battleground of past relationships, ex marks the spot’”