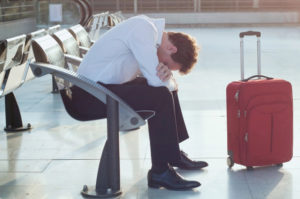 ‘I can’t be expected to make everyone happy, I’m not tequila,’ I say.

I’m complaining about the fact that whenever I get time off work and start making plans for how best to spend that time, pretty much everybody I’ve ever met tries to fill in my diary for me, with suggestions of me visiting them or them visiting me.

My wife tries to put this into perspective for me. ‘And this is a problem because …?’ She feels that I’m being unreasonable. And she’s right, I am. I know I am.

‘I’m not trying to be ungrateful,’ I say, ‘I recognise that the opposite would be to feel like nobody wants to hang out with me at all. And I do like spending time with people. All I’m saying is that I wish there was a happy medium.’

‘Uri Geller. He’s a happy medium. At least he seems quite up-beat on television. Perhaps you could hang out with him.’

‘Then I’d have even less time to myself,’ I say, ‘I’d have yet another person to shoehorn into my limited social time, as well as having to rush around hiding all the cutlery every time he came over.’

‘I think you’re missing the point,’ I say.

The real issue isn’t about other people, it’s about me. It’s about the importance I place on my free time. Someone said to me years ago that the two most valuable commodities in life are space and time. This resonated with me then and remains with me now precisely because it articulated what I already subconsciously knew. Outside of people, the only important things in my life are creativity and travel. For the first thing, I need time, for the second, I need money. My day job finances the time it steals from me. It really is as frustrating as that.

The fact that I rarely get much free time is why I’m constantly trying to force too much into it. I try to articulate this to Nat: ‘I know that this isn’t ideal, but I end my day feeling very frustrated if I haven’t had at least one good idea or not experienced at least one interesting place, even if that one place is only in my mind, in the planning of a trip.’

‘That’s understandable but not altogether normal,’ says Nat. ‘Most of us have to work.’

Thing is, I’ve never counted myself as part of the ‘most of us’, despite the evidence.

‘So what makes you so special?’ my mum would ak me as a teenager, in her attempts to ground me a little.

‘There is no ‘special’,’ I’d tell her. ‘I don’t tend to compare myself with anybody else, which is why there’s also no ‘normal’. The fight is in the distance between where I want to be in life and where I currently am. The journey is the reward’

‘Delusions of grandeur,’ she would conclude. 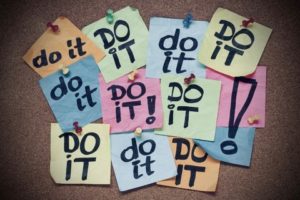 When I first came across the movie, The Truman Show, I was shocked to find that there was someone else out there who saw things my way. As a child, my fantasy was that I was perennially on TV, that my whole life was being filmed for consumption by the general public. This meant that everything I ever did had to be like someone was looking in on me. Dance like nobody’s watching? Not me. Even the way I sat in a chair was designed for viewers. I’d watch chat shows and copy how the cool people sat. I’d learn their vocabulary, scruitinise their outlooks on life. It was like Oz was on television, populated by active and inspirational people, while I was trapped in Kansas without the shoes. My mentors were celebrities, were fakes. I was the biggest fake of all – I wasn’t even a celebrity. I liked being a fake, a walking art installation, wherever I happened to be. This gave me a sense of self, a feeling that I didn’t have to be weighed down by the insomnia-filled mundanity of my reality.

‘And did you ever have counselling for that,’ Nat asks, smiling.

‘If we could have afforded counselling,’ I say, ‘I could probably have afforded to live my life in a way that better reflected my interests, rather than fantasise that my world was bigger than it actually was.

‘Fair point,’ she says, ‘but you’re still rather odd.’

Today, as I wake up, it’s sunny. Neither Nat nor I have to work today. Just for a moment, my instinct is to attempt to sidestep the vicious circle I have created for myself – to do something spontaneous – maybe drive to the beach – feel the sand beneath me, feel the breeze on my skin. Then I remember that I actually live in the most inland town in the country. I’m not really sure how this happened or why we live here. Work, I guess.

I pick up my phone and turn to Google: Things to do in the southeast, I write. I scroll through the usual National Trust options, and galleries in London, most of which we’ve done to death in recent years.

‘It’s only a ninety-minute drive from Calais,’ I say, as I Google ferry crossing prices. ‘We might even make it in time for lunch.’

‘When did you renew your passport?’ Nat mumbles.

‘… Bugger!’ I throw my phone across the bed and wander downstairs to make coffee.

Moments later, Nat has followed me into the kitchen. She hugs me.

She points to the calendar on the wall. ‘We have an appointment in Watford at 1.30pm today,’ she reminds me.

I look at the calendar, then at her, before storming out of the room.

‘Where you going?’ she asks.

‘I’m off to make friends with Uri,’ I say. I pull three spoons from my back pocket. ‘He’s going to love these.’

3 thoughts on “Adrian Sturrock: ‘I try to live life spontaneously, but it never goes to plan’”