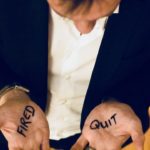 ‘I bought you these to show how much I care.’

‘I’m allergic to flowers,’ she said.

There are a number of ways to say goodbye to your boss. This was mine.

It wasn’t her who was leaving; it was me. I’d been fired. Turns out there is a limit to the number of times you can tell a superior to go screw themselves, though, to be fair, this wasn’t something that was laid out clearly in the staff handbook.

I was young back then, and what a more mature person might have described as impetuous. Would I react in the same way today, to the same type of boss? Absolutely.

The leaving speech she gave at the end of my final day was at best a smattering of lukewarm nothings; arms-length corporate etiquette contrived with a very specific sub-plot that expressed to everyone present that she neither knew nor gave a damn about where I was moving on to next, and that she was pleased I was going.

In honesty, so was I.

When protocol demanded that it was my turn to say a few words, I merely advised her not to forget her umbrella at the end of the day, as it looked like rain and I was concerned that her circuits might rust.

In the car park, I was caught up to by an out-of-breath guy from I.T. who presented me with a book of poems that his daughter had written. ‘It’s sad to see you go,’ he said, ‘I would like you to have this gift. Thank you for always taking the time to talk with me. It was always a pleasure.’

‘You’d be surprised how many people don’t,’ he said. ‘I’m generally just the man who sorts out people’s I.T. issues.’ And then he reminded me of the time that I emailed I.T. Support for help in undoing the lid on my water bottle.

‘You are indeed multi-talented,’ I said. I turned the book over in my hand and smiled at him. ‘And it seems that your daughter is talented too. Thank you.’

Sajid was the first Muslim I ever met, and is the only face I still remember from those grey days in that grey job. I still have the copy of his daughter’s poetry. I also still have the Happy Eid card he’d given me a few months earlier. At the time, I had no idea what Eid was, and had to look it up when I got home. I felt privileged that he would have thought of me at Eid. This is why I still keep it. 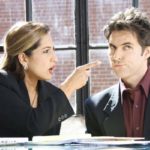 ‘I think I’d be mortified if I was fired from my job,’ says Nat.

‘I was more mortified that I hadn’t fired myself,’ I say.

‘Technically, I think you did.’

I smile. ‘It was the feeling of release that I experienced on my drive home that made me realise that being fired was actually the best thing that could have happened to me. I still remember the adrenalin rush I got as reality began to sink in, as I drove my way out of Luton for the last time.’

‘Now, that’s something I can empathise with,’ she says. ‘I once spent a year in Luton. I think it was a Thursday.’

‘They even requested that I write a formal letter of resignation,’ I say. ‘How screwed up is that?’

‘And how dangerous,’ says Nat. ‘If there’s one thing I’ve learned over the ten years we’ve been together, it’s to never let you get the last word.’

‘Something along the lines of, ‘After much consideration, it is with regret that I must inform you that adulthood is not for me. Thank you for the opportunity…’’

‘Life’s too important to be taken seriously,’ I say.

I stand up to answer the doorbell. ‘No, it’s probably just my mum,’ I say.

2 thoughts on “Adrian Sturrock: “I once spent a year in Luton. I think it was a Thursday.””